The chemistry department NMR lab maintains 6 NMR spectrometers. They are: 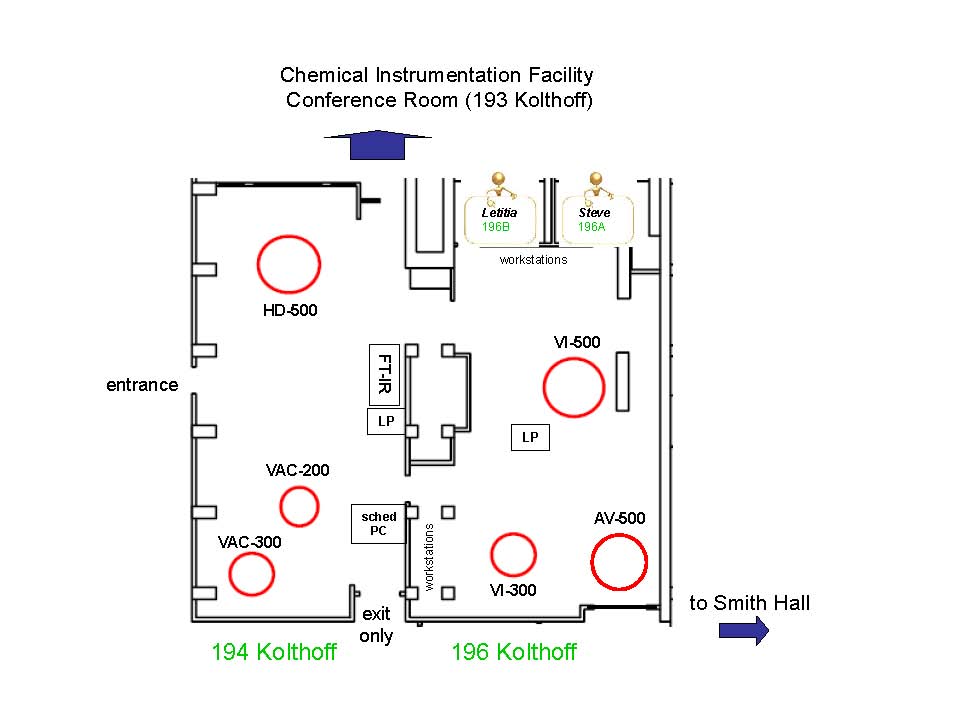 Magnet cutaway: the inside of a superconducting magnet 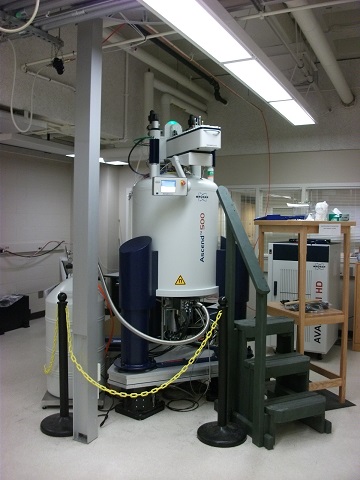 The Bruker Avance III HD 500 was installed in December 2011 (magnet and samplechanger) and July 2013 (console and Prodigy probe). It is a 2-channel spectrometer with a shielded Ascend magnet. The magnet sits on a TMC vibration table to protect it from vibrations from the light rail.

There is 1 probe available:

This instrument is running under full automation mode with a SampleXpress autosampler. 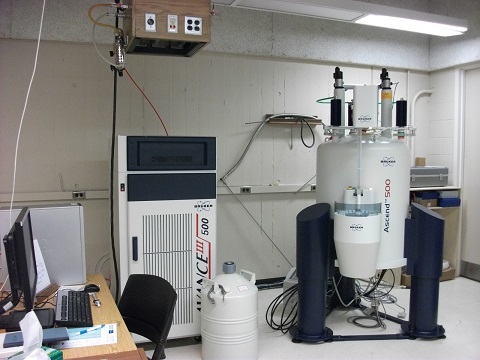 The Bruker Avance III 500 was installed in December 2011 (console and probes) and July 2013 (magnet and samplechanger). It is a 3-channel spectrometer with a shielded Ascend magnet.

There are 2 probes available:

Probe changes must be scheduled with the NMR Lab staff.

Instrument is run in manual mode, but automation is available with a SampleCase autosampler. 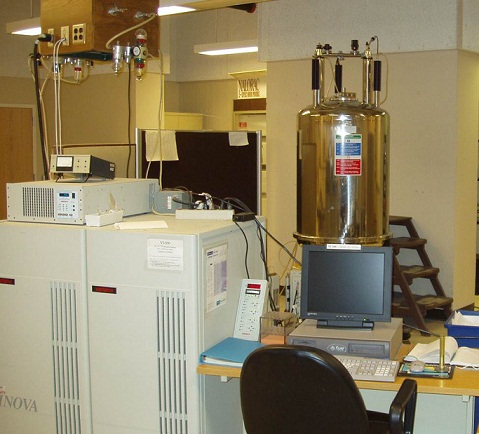 The Varian Inova 500, originally installed in 1989 as a Varian Unity, was upgraded in 1996 with a new console, a third RF channel, PFG (pulsed field gradients), and WFG (wave form generators).

Probe changes must be scheduled with the NMR Lab staff. 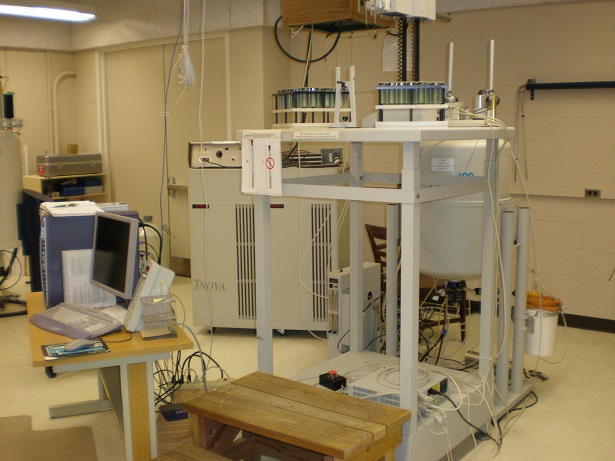 The Varian Inova 300 was installed in 1996. Four probes are available:

Variable temperature (-100C to +100C) is available.
There are no gradients on this instrument.
The SMS autosampler was installed in March 2014. It is run in manual mode during the day and automation mode when there are teaching lab samples. 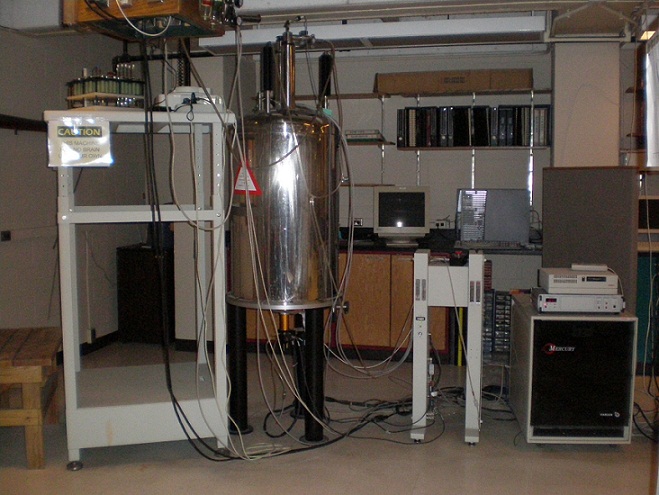 The former AC-300 was obtained originally from the now-defunct IBM Instruments in 1986; it was upgraded with a Varian Inova console in spring 1996. In January 2000, the console was replaced with a Unity console from the VXR-300. In 2009, the Unity console was replaced with a used Mercury console donated from the Medicinal Chemistry department. The VAC-300 has an automatic sample changer attached and runs continually in automatic mode. Users place their samples in the rack and set up the desired experiments on the computer. It has a 4-nucleus probe, which permits H1, F19, P31, and C13 detection. No VT control is possible. The experiments available include:
Back to home page.
letitia@nmr.chem.umn.edu
Last modified: June 2014